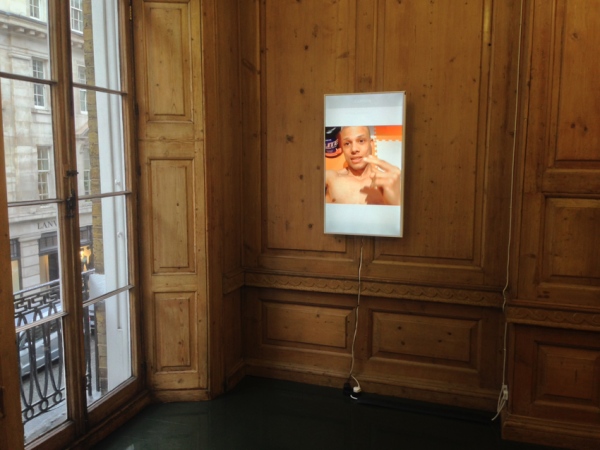 In early 2014 I'd converted my Studio in London into a Garage gym, it had everything one would expect to find in a Garage gym, barbells, bench press, dumbbells, posters pulled out of magazines like Pumping Iron & Flex with the archetypal blonde girl in a wetsuit standing in an even more archetypal mountainous terrain scenario - Trophies & medals even a bunch of empty whey protein shake containers lying around. It felt legit because it was legit.

I was holding auditions for the role of a Bodybuilder named Danny Taylor - a character I had constructed - a character that was to be constructed in IRL in order to live out a semi-scripted semi-fictional existence online - to live out this construction online by participating alongside the thousands of other bodybuilders who inhabit Instagram.

Bodybuilding’s pretty performative. You go through certain repetitive routines & rituals to construct an identity - quite literally enlarging yourself. It’s all about ego & surface, maybe this is why Instagram is such a popular platform for the bodybuilder & perhaps fitness in general.

Danny was given an iPhone 5 with loose script outlines to follow whilst working out in the Garage gym & working out in real gyms. I was in control of Danny’s Instagram account uploading his content & interacting with other bodybuilders online.

These semi-fictitious interjections merging and interacting with real content gave birth to a moment thats sits somewhere underneath the surface of Instagram out of site - not real enough to be real & not fake enough to be fake, this - opening up a supposed actuality somewhere in plain site but still very much hidden.

After several months of generating content with Danny gaining followers & online interaction I entered him as his character into a IRL Bodybuilding competition - The Miami Pro World Championships. When the announcer called his name giving him is que to enter on stage right it was a strange sensation seeing him appear. This character I had constructed was now participating IRL alongside other Bodybuilders - taking selfies with them backstage asking for each other social media handles & discussing diet tips with one another.

The competition gave a crescendo moment to the work, gave it an ending of some sorts, giving the content a narrative & put Danny in the spotlight. 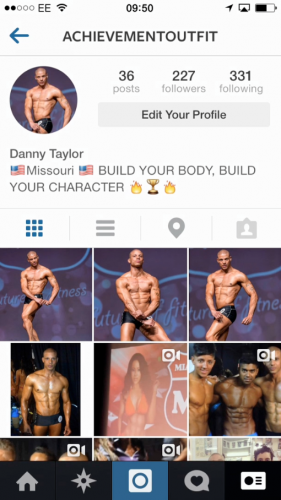 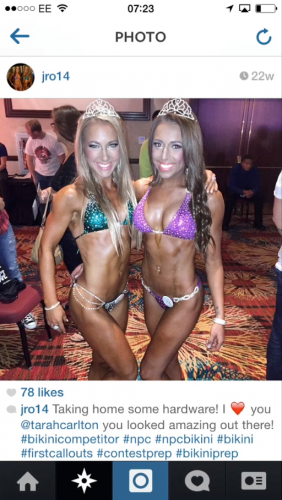 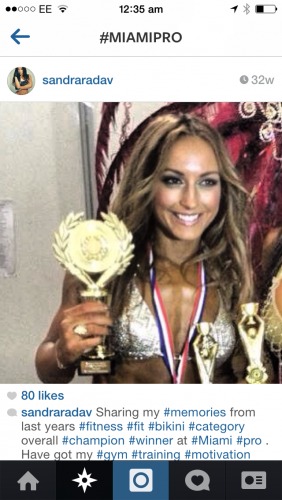 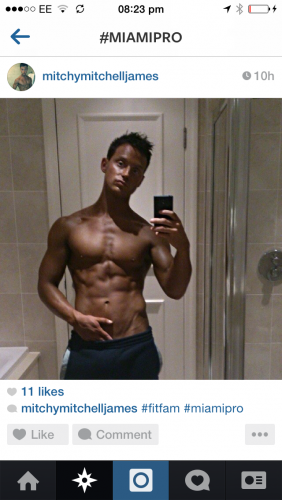 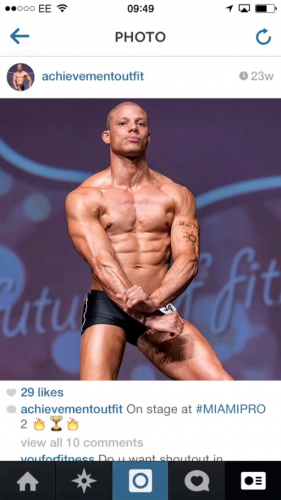