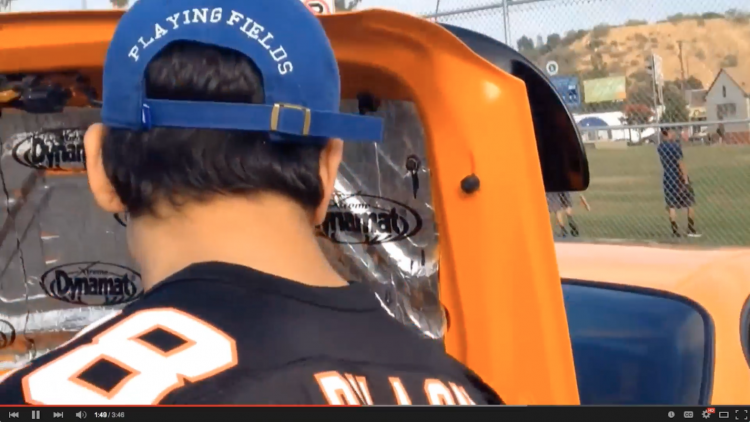 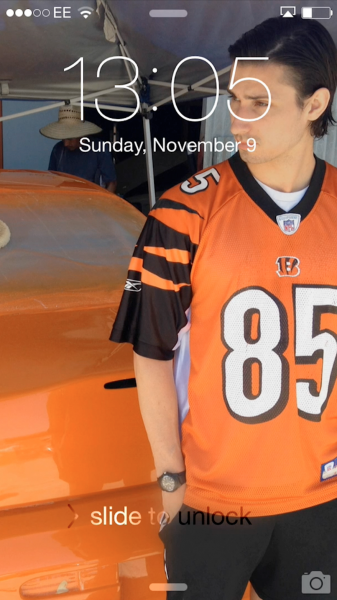 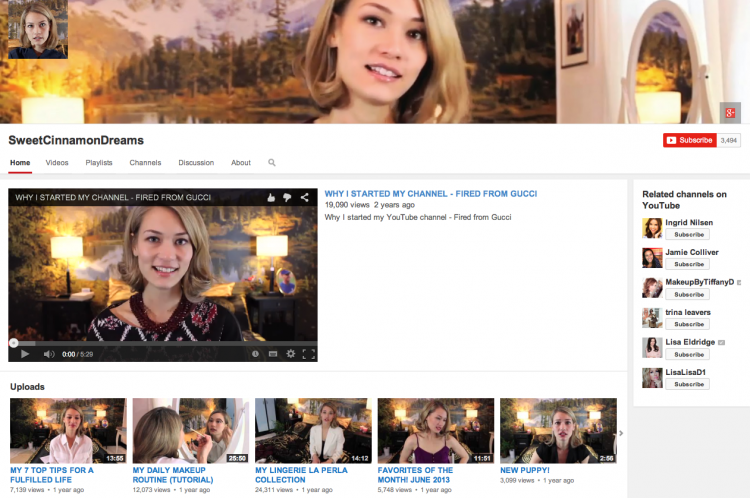 A few years ago I visited Tom Huett in a large townhouse in Kings Cross in which every room was painted half one colour and half another. Each side had it's own bed, and was decorated like the bedroom of a different teenage girl. Working with a large cast of actors and shooting hours of footage, Tom created an online world of fashion obsessed teenage girls. Uploaded over several months these videos have since amassed hundreds of thousands of views and have become a part of a specific subculture.
Tom's new body of work, produced for the Biennale de l' Image en Mouvement continues this theme of character creation and manipulation. Working with the overlapping cultures of bodybuilding and car modification, Tom positions actors in crafted roles, allowing their respective narratives to play out as they go about their scripted lives. (Jon Nash)

Wall St International - So I Thought I'd Join The 21st

Centuary & Get In On The Act

The project infiltrates the Designer and Beauty online community on YouTube. This community consists of thousands of girls who create vlogs, usually via webcam, recording from their bedrooms - detailing their everyday lives from "This is my new Prada Bag" to "Why I started My Channel - Fired From Gucci".

Huett's project uses eight female actors, each given a fictional name, a constructed bedroom set, a constructed back narrative specific to each character - and assigns them each with their own YouTube channel. Each vlog the actors record is scripted by Tom Huett. Over time, real YouTube girls interact with these constructed fictional YouTube girls and vice versa. Huett is in control of each constructed channel and exhibits the end results of the project as a two-screen video work at Carlos/Ishikawa.

As time goes on, each uploaded video starts to become a content generating mechanism– the actors introduce fictional narratives / stories which instigate 'real' content through real YouTube users interacting with their vlogs, influencing and affecting the narratives of each character. These new narratives in turn can themselves become new starting points - new realities - new archetypes.

The starting point in Infiltrators begins with Huett picking out a model from a high end fashion advert, usually a bit player in their scene. Huett then has a street artist / tourist portrait artist create a portrait of the model. By commissioning portraits of these background figures, Huett, drags them from one layer of representation into another, breathing further life into them, allowing these characters, apparent here as agents of capital, to burrow still further into credulous systems of thoughts. So the archetype takes another tentative step into reality.
Having these bit players, these background actors portraits commissioned was really there decision, its what they wanted. Its just them stepping forward and saying so what our next move, where can we go next.
I like to think of the Infiltrators as a series of documents. Documents detailing an attempt of ambition through archetype, only to have been caught out part way through their infiltration. The added text, “COMPANION CASTING” or “DOUBLED INTERESTS” etc freezing this transition attempt. What your left with is a top 10 most wanted list, but in this case 15. The game is up.
In this economy of meaning and representation the humble street artist, whose bread and butter are the tourists that daily cross their path, acts unwittingly as an arbiter of reality and acceptance and their works take on the function, almost, of fake passports or forged document in this sense. Concepts of the real, the genuine, the authentic, are all thrown into play. The basis on which all media operates is questioned. The pristine, shifting surfaces, rendered suspect.